Ray’s Forgotten Singles for Saturday 30 May 2009 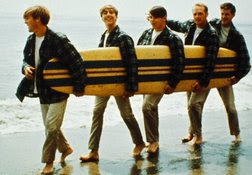 UK#1(4) from 27 May 1955 Originally a French tune by a Spanish composer, it was selected as theme music for the film "Underwater" and this version made #1in the UK the day after Anthony Eden became Prime Minister as leader of the Conservative Party. Big Hit in N.Z.

US#1(2) from 29 May 1965. and peaked at #27 in Britain Big Hit in N.Z. It sold an eventual million globally and became this group's 6th million-seller. For the entire song, the words "get her out of my heart" appears 5 times and the song's title appears 41 times, according to SongFacts.com

US#1(2) from 29 May 1976. Our artist initially resented this new musical movement but eventually agreed to record the song. Davis instructed the song's engineer Russ Terrana to install a strobe light so that the singer could be in the "disco" mindset, and shared a glass of wine with her prior to the recording. As the song changed from ballad to uptempo, she became more comfortable with the material; she hummed, sang bit parts, laughed, danced around and even imitated Billie Holiday. The carefree and sensual nature of her vocals and the music's direction helped to sell the song.

Ray’s Forgotten Singles for Saturday 23 May 2009

UK#1, 21 May 1964. The song was written by lead singer, Lionel Morton with two other members of the group. MODERATE HIT in N.Z. This group got their break partly through Marie Reidy of 'Reidy's Home of Music', the place they had count all the four thousand holes, according to the Beatles – A Day In The Life

UK#1, 19 May 1962, based on Tchaikovsky's 'Nutcracker Suite' and masterminded by Kim Fowley, LA born in 1942. This instrumental stayed on the British charts for 15 weeks in 1972, #1 for one week, 17 May 1962 - and when re-issued on the Stateside label in 1972, spent another 11 weeks on the chart. For the first time on the British chart an instrumental took over the Number 1 spot from another instrumental, The Shadows – Wonderful Land. (which had an 8 week run at the top from 22 March 1962)

Ray’s Forgotten Singles for Saturday 16 May 2009

Forgotten Single for 2pm
ROCK-A-BILLY, UK#1 17 May 1957 for one week HUGE HIT Mitch Miller's 15th UK No. 1 production was also Guy Mitchell's 4th - and final - No. 1 in Britain, and it was a near as Mitch Miller would ever get to acknowledging the existence of rock and roll, skiffle or the blues.

Forgotten Single for 3pm
Girlie, NZ#1, 14 May 1970, 12 weeks in Top 20 from April and UK#34. The Peddlers formed in Manchester in 1964, as a trio of Trevor Morais (born 10 October 1944, Liverpool), Tab Martin (born Alan Raymond Brearley, 24 December 1944, Newcastle upon Tyne) and Roy Phillips (born 5 May 1941, Parkstone, Poole, Dorset).
The trio’s third and final CBS album, Birthday, from 1969, brought two UK Top 40 singles in "Girlie" and "Birth". After the Peddlers, Morais joined Quantum Jump. Roy Phillips moved to live in Christchurch, New Zealand and performs live shows around the country. Martin lives in Portugal
A Peddler's reunion gig is scheduled for 25 May at Skycity in Auckland, New Zealand.
A new Roy Phillips CD “Dancing With The Shadows” was released in September 2007 and contained a “stunning” new version of ‘Girlie’. 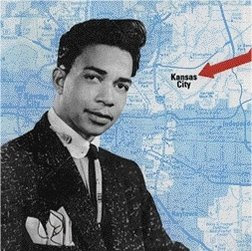 Tease for 5pm
US#1(2) from 18 May 1963 with 14 weeks in Top 100, UK#39 and it sold a million for this boy preacher at age 7 who got his name from the church elders who whispered 'He's got soul' whenever he preached. A member of various local gospel groups before he then discovered his forte in singing pop tunes and rock'n'roll. He auditioned with a rock'n'roll combination for a group that had its one week engagement extended into several months. Jimmy then formed his own group and after 'Twisting Matilda' in 1962, came his million seller.

And the songs;
4pm, Wilbert Harrison – Kansas City
5pm, Jimmy Soul – If You Want To Be Happy
Posted by Unforgettable Music at 8:40 PM No comments:

Ray’s Forgotten Singles for Saturday 9 May 2009

Tease for 1pm
UK#1(2) from 7 May 1964, US#16 from May 1964 and a MONSTER HIT in N.Z. This cover of the Orlons’ hit came while the group was going through some changes in personnel over tension within the band. The group’s success continued for another 12 months with two classic songs. 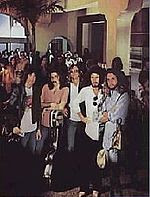 Tease for 4pm
US#1(2) from 14 May 1955 (# shared date with our 5pm song) Monster Hit in N.Z.
Al Hibbler's version also sold a million in 1955. Even if the movie it came was forgettable the song is well remembered as a hit for a duo in the mid sixties and for later featuring in the Patrick Swayze film "Ghost".

Tease for 5pm
US#1(3) from 14 May 1955 (* shared date with the 4pm featured song) Another Rhythm & Blues cover, also known as "The Wallflower", a revised version of, or 'answer song' to Hank Ballard's "Work With Me Annie". This was our artist's 3rd million-seller and a Big Hit in N.Z.