The only million-seller for this group of rhythm-and-blues singers. The song is the famous Mitchell Parish (words) and Hoagy Carmichael (music) standard of 1929 and there have been 19 charted versions of the tune in the States.
US#12, with 24 weeks in the USA bestsellers from 17 June 1957, and No 13 with 11 weeks in the British bestsellers. HUGE HIT in N.Z.

UK#1(2) from 19 June 1959, NZ#1 in July for the only solo instrumentalist ever to achieve consecutive #1 hits in the UK - with his 2nd composition to glide to the top, 8 weeks after his earlier hit, that conjured up a riding style for the Queen. MONSTER HIT in N.Z.

The first act in British chart history to score number ones with their first two releases.. UK#1(4) from 20 June and Au#1(1) 5 July 1963 Monster Hit in N.Z.
The second Merseybeat group to be signed by Brian Epstein (after The Beatles) but, they were the first of his acts to make No 1. 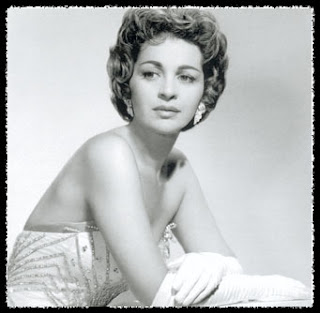 Monster Hit in N.Z. This song tells the story of a couple’s marriage, their trip to Paris and Amsterdam and their life in general. The singer complains in song of people’s attitude to the events which immediately preceded and followed the marriage in Gibralter. The 14th of this group’s 17 numbers ones to reach the top in the second week on the UK chart and was also No 1 in Germany, Austria, Holland, Norway, Spain, Belguim, Denmark, Malaysia and Australia. No 2 in New Zealand.

US#1(8) from 16 June 1956 and a Huge Hit in N. Z. This artist's 2nd million-seller, after 'Suddenly There's A Valley' from the year before. The singer was almost 80yrs old when she sang this song in 2004
Daphne commented, Also I see a song you are planning for later in June and the artist also sang “Suddenly There’s a valley”
Would that be Gogi Grant? She sure looks great if that’s a picture of her – bet she isn’t nearly 80 then!

UK#1(7) from 13 June 1970, for a group that had no drummer, so the leader was also the group ‘stomper’. The leader of the group had been doing live shows since the age of 14, and his band the Good Earth were a popular live attraction, able to do shows anywhere in the UK at short notice, with a set that ranged from rockabilly to blues and skiffle

And the songs;
1pm, Procol Harum – Whiter Shade Of Pale
2pm, Mungo Jerry – In The Summertime
3pm, Gogi Grant – The Wayward Wind
4pm, Beatles – Ballad Of John And Yoko
5pm, Fleetwood Mac – In Dreams
I think that was the order I played the songs
Posted by Unforgettable Music at 3:19 AM No comments:

Today a song based on a poem written during the 1st World War by Hans Liep while on his way to the Russian front. Based on the names of two girls, his own and a friends the poem was published in 1937 and picked up by Lale Anderson, then a young caberet actress. A composer friend set the poem to a waltz beat which went down well with audiences but in 1938 composer Shultze, who was favoured by the Nazi Party, met Lale and showed her his arrangment that a record company wanted and so Lale Anderson recorded it to a marching tempo in March 1939. The song did not register until 1940, when the German Soldier Network in Belgrade in occupied Yugoslavia, chose it as their sign-off song.
We’ll also do a comparison with the Anne Shelton version.

Plus a song from a film that received three Academy Awards and was a US#1(3) from 2 June 1956. Later I received an email
"Thanks for the mention re Picnic on youtube .... wonderful scene and music. Hope more enjoy it."